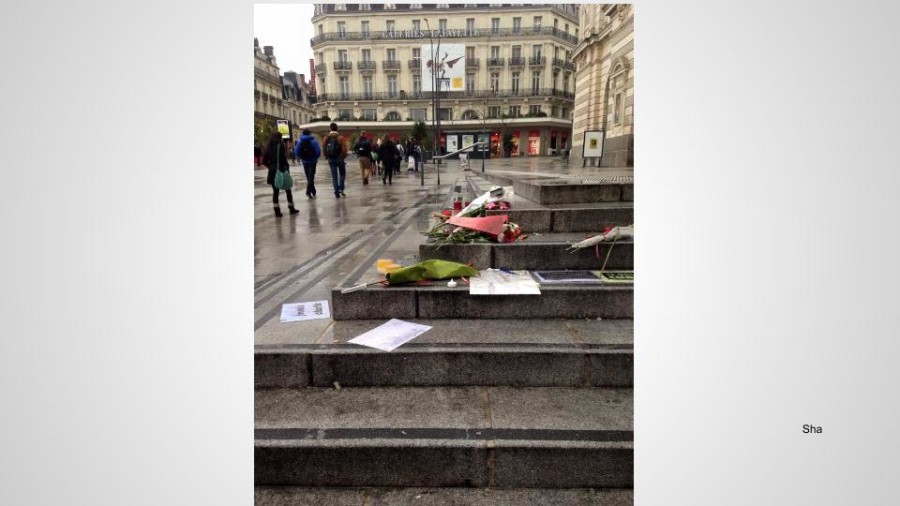 After recent events involving a terrorist attack in Paris, France, American students traveled to France to live with French families in an exchange program despite the incident.

On the morning of January 7, 2015, Islamic terrorist brothers Said and Cherif Kouachi stormed the newspaper office, Charlie Hebdo, and shot twelve writers/workers on the scene due to a former cartoon the magazine had made making fun of the prophet Muhammad.

Just a few weeks later, seventeen students from the Biddeford/Saco area, along with one student from Portland, took a school-regulated trip to Nantes, France, just 3 and a half hours away from Paris, to live with their host families for eleven days. Students had originally planned to spend one of these days in Paris, although throughout the trip it was undecided. With the shooting in the back of their minds, students were hesitant about the trip. Reilly Musgrave, a junior from Waynflete School in Portland, comments on how he felt about going.

“After studying the incident a little before the trip in French class, and doing a bit of research on my own about the retaliation, I was a little uneasy about going to Paris, but I knew Nantes overall would be fine,” said Musgrave. “I didn’t know how big Nantes was then, but after finding out how big the city was it was a little more calming to me.”

While Nantes was under control at the time and there were no imminent threats to the city, the trip to Paris wasn’t as easy-going. The students had planned to spend the Sunday before leaving in Paris, but after arriving in France, the state prohibited all students from going to Paris because of the shooting.

“The French government has this thing called ‘vigipirate,’ and that meant that all school students were not allowed to travel to Paris,” said Biddeford High School teacher Nancy Litrocapes. “Since we were doing a school exchange and not a vacation, we were under the rules of the school we were visiting. They gave us special exception since we were visiting all the way from the United States, however each day we didn’t know if we were going to get that permission to go.”

Students on the trip were most concerned about how their trip to Paris would be affected by this incident.

“I was worried most about the Paris trip, about not being able to go, for the most part, but not really for my safety ever,” said Musgrave. “There were always armed military men walking around the crowded public places downtown, but I didn’t feel any more or less safe with them around.”

Although things like raised security or large protests weren’t as evident, there were many more “silent” protests such as posters of Charlie Hebdo and many Parisians walking around with the latest copies of the magazine. While the news in America shines a strong light on the incident, the people of France didn’t let the event overtake their lives. Litrocapes comments on the differences she saw while still there.

“I think this is one of the reasons why I make sure I travel…and I want others to travel is because I think my perspective was I knew that this was a serious situation, but it wasn’t actually impacting the entire French country,” said Litrocapes. “It affected them morally and there’s some things they need to address around how they’re going to respond to terrorism, but it doesn’t shut down everything that they’re doing. They’re still living their day-to-day life.”

Although they continued living normally, there was recognition of the incident by the people of France.

“It’s like, everybody was affected, kind of…we were obviously shocked, and at school, during our lesson we talked a lot,” said French student at Lyceé Carcouet, Justine Moreau. “We went walking down the street to show our respect, and there was a lot of drawings published and candles in the street.”

Unlike the students, the French families didn’t have much to say on the matter. Musgrave comments on how his French family reacted.

“I thought that I would find a lot more outspoken pride for France and [their] nationality when I went, and it wasn’t quite so. Everyone was kind of reserved about it because it was still an incident and no one was really at peace with what had happened yet, and ready to talk about it outright, but when I did talk to people it was still a very serious matter, there were no jokes about it,” said Musgrave. “I didn’t see any raised security problems in the household or about going out at night or anything, we were able to walk around downtown freely.”

After experiencing France, enjoying the culture, and traveling the city, the students were able to see both sides of the story. 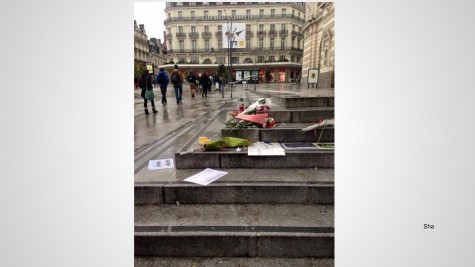