In the past month, Gorham High School put out a ban on all dances besides prom due to inappropriate dancing. 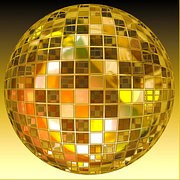 nGrinding at Gorham High School dances evolved into a pandemic that forced a ban on Gorham school dances.

An email sent out to students, staff, and parents last month at Gorham High School explained that principal Chris Record banned high school dances due to grinding that went too far.

“There was a rumor going around this summer and the beginning of the year that we wouldn’t have one [a dance], because student council had a meeting at the end of last year about it,” said senior at Gorham High School, Maddie Poulin. “It wasn’t official until our principal sent out the letter in an email a few weeks ago.”

“Grinding” is a type of sexualized dance move seen at most high school dances. In the email, Record describes grinding as “the female placing her buttocks against the male’s groin while his hands touched her hips and other places.” This ban includes homecoming, raves, and any other dance except prom. Record blames it in part on the influence of popular culture on students.

“It is by no means the students’ fault, but the dancing they have witnessed on MTV/VHS/movies involves primarily only sexually suggestive grinding,” Record said.

Finding chaperones for the dances became another problem for Record. Dawn Pendergrass, English/journalism teacher at Biddeford High School, also refuses to chaperone dances due to the uncomfortable situation with grinding. In one instance, Pendergrass separated students while chaperoning due to grinding that became out of control.

“I had to separate, ask the students to stop, and then have the students question me why it was inappropriate, and I was astounded,” said Pendergrass. “After that moment I’m like, ‘I can’t do this anymore, I can’t be a part of it, I can’t watch it, I can’t condone it.’”

“I was mad at the beginning of the year about it, and I guess it’s upsetting that my senior year I won’t have a homecoming dance,” said Poulin. “I think it’s extreme that they banned the dances based on this one issue. I think there could have been a different solution rather than completely shutting everything down.”

In place of the dance, Gorham held a homecoming bonfire, but this did not make up for the dance that students once loved.

“I think that they could have held assemblies and sent out a warning email to parents and teachers about it,” said Poulin. “If they told the students that this is what would happen, I think things would be different.”

Although Poulin sees the validation behind the ban, she wishes something else happened other than taking away the dances.

“I think it [the ban] is valid…,” said Poulin. “It is inappropriate dancing and even though I don’t agree with the decision to ban it, there was enough evidence to support his reasoning.”

This “dirty dancing” manifested itself into the dance culture. While some teachers may try to stop it by separating students, it’s simply not effective enough.

“It becomes such a contentious and adversarial relationship because the only thing we can do is kick the kid out,” said Pendergrass. “As soon as you tell them to stop doing it, when your back is turned, they do it again. And maybe it’s not uncomfortable for the teenagers, but it’s uncomfortable for me.”

Pendergrass worries about the extent that grinding will evolve into.

“What’s the next step?” said Pendergrass. “If we condone this, 10 years from now what will they be doing? Will they be taking off their clothes in public? There is no other step that doesn’t turn it into a sexual act afterwards.”

Some students, like Gorham freshman Maggy Aube, don’t see the problem with grinding.

“I know where our staff is coming from, but at the same time they need to realize that we’re teenagers and we all just want to have fun,” said Aube. “We don’t dance a certain way to make them mad, we do it because that’s just what we want to do.”

“At St. James [the private, Catholic school Martin attended], you could only slow dance, and even then you had to ‘leave room for Jesus,’ and here, there’s no leaving room for Jesus,” said Martin. “Some girls were touching the ground, they were twerking…it was just madness.”

Another worry for some is the peer pressure that grinding brings. Some argue that students who feel uncomfortable with grinding may feel forced to participate.

“Not all kids may be comfortable with that level of dancing, and because everyone is doing it, there might be girls or guys that might feel pressured to be put in that position,” said Pendergrass. “There’s some sort of peer pressure, and why if a boy that they like asked them to dance would they be required to dance in that manner or that fashion.”

This grinding craze is not only influenced by shows, music videos, and movies, but also the atmosphere at dances.

“The way dances are set up – it’s very dimly lit, there’s a critical mass, and what’s happening in that mass of kids is even more disconcerting and troublesome to me than what’s happening on the outskirts,” Pendergrass said.

Music is also a potential influence to this grinding culture. Pendergrass recalls one class night where students hired “Motor Booty Affair”, a live 70’s band, instead of a DJ.

“It’s 70’s disco music, and it was the most refreshing thing to watch kids dance…they didn’t grind to it,” said Pendergrass. “They just had a good time and they just moved and they danced, like what I would consider dancing. Those kids had a great time.”

For some teachers, like Pendergrass, it is the message that these dances sends.