Information on the Civil Rights Team's re-establishment and plans for the year. 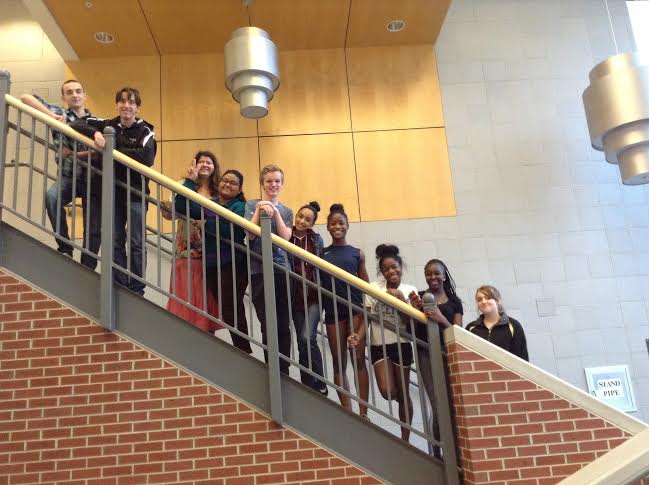 This year’s Civil Rights Team made a comeback after five years, giving a new face and name to the student activists of BHS.

While Biddeford High School became one of the first civil rights teams in the country beginning in 1996, the team was discontinued in 2010. Maine began as a prototype for other civil rights teams across the country. English teacher and advisor Shari Brinkman-Young began as the team advisor in 2006 and continued as advisor until its discontinuation and is once again a team advisor in the re-establishment.

“I didn’t really want to stop it, it was just a question of energy and time,” said Brinkman-Young. “I had felt guilty about stopping it [the Civil Rights Team] five years ago, but I was doing both mock trial and civil rights, and quite honestly I was tired.”

“A lot of that initial work was done quite a while back by the former Maine Attorney General, who noticed that the hate crimes in Maine were increasing, which was scary,” said Brinkman-Young. “The age of the people committing them were decreasing, which also scared him. So, he thought, if we can get into the schools and address that early, we can decrease the amount of hate crimes in Maine.”

“I was really excited when I heard it was starting back up [the Civil Rights Team], because we haven’t had one for a few years,” said Foster. “It was something that I participated in on and off when I was in school, and it’s something that really matters to me.”

Freshman Kolby Miller became a member of the Civil Rights Team in middle school, and now continues as an active member in high school.

When Brinkman-Young first started advising, the biggest issue in schools revolved around discrimination about economics. Now, five years later, the problem is discrimination against race. Sophomore and team member Washima F. believes that race is the most covered in the team.

“We talk about racism the most, and then LGBT stuff, and we also cover some current issues, like the Paris attack,” said Washima. “We’re going to mostly focus on welcoming new people.”

Washima believes that students don’t recognize these issues yet, especially issues regarding race.

“I’m a Muslim also, but I don’t wear a Hijab for that reason,” said Washima. “I thought, ‘if I wear a Hijab no one’s going to like me, and nobody’s going to even talk to me or be friends with me,’ so I changed my identity because of that.”

The Civil Rights Team wants to focus on welcoming any new students, regardless of race, for their upcoming year.

“We’re trying to take over what Natural Helpers used to do, which is get a member of the Civil Rights Team assigned to an incoming person as sort of a mentor,” Brinkman-Young said.

“Given what the group does in terms of trying to educate people about various biases around race and gender issues, I see evidence of the need for that kind of education in the school today,” said Edstrom. “I see evidence in people’s attitudes and things that they say that makes me want to help change the school culture a little bit to make it more positive and more inclusive and accepting of others who may be different.”

Foster recognizes the need to discuss both global and local issues with students.

“I think just having a place to open up conversation [is important],” said Foster. “Kids feel awkward in classes sometimes talking about it, but it impacts their lives, so they need to. Especially with everything that’s going on in the world right now, it’s really important that kids have a space to talk about race and gender and sexual orientation, and things that matter to them.”

The team plans on marketing themselves to make the school aware of their renewal, as well as setting goals and working on achieving those goals.

“One [goal] is to re-establish our presence in the school, letting people know that we’re here, what we’re about, and that we welcome anybody who has an interest in those types of things we try and do,” Edstrom said.