With the release of the new Star Wars movie, students and staff at BHS share their thoughts on the film. 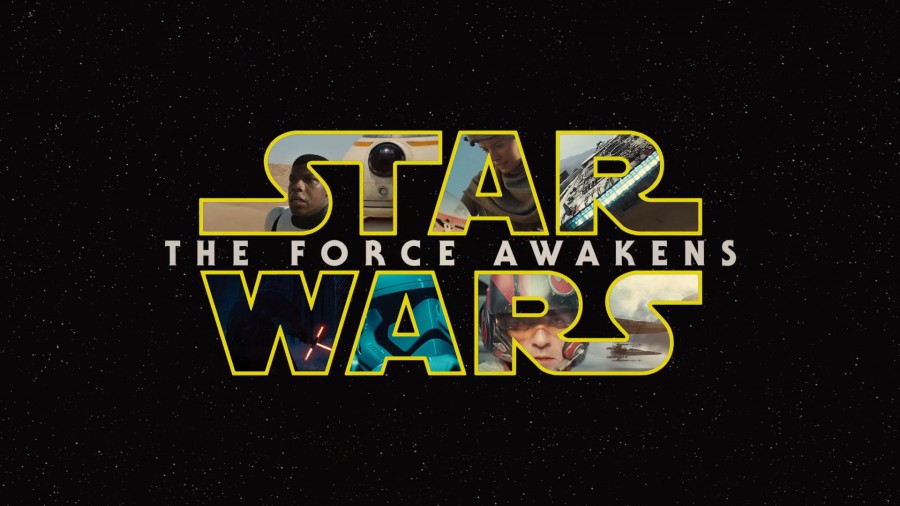 There were rumors about the movie. It’s true. All of it.

Changes to the popular movie trilogy Star Wars excited fans everywhere after Disney bought Lucasfilm, the film and television production company that birthed and bred the legendary Star Wars franchise in 2012. Along with the new purchase came a new movie trilogy: “Star Wars: The Force Awakens.” Fans from Biddeford High School waited anxiously for the release of the film. Junior Kristen Thompson went to an employee viewing at her work, Cinemagic in Saco, on the 18th.

“I saw the movie, technically, before it was in theaters because I work at the movie theater, and they had and employee showing,” said Thompson. “It was Friday night at like midnight. It was so worth staying up.”

Math teacher Jonathan Jacques, who has seen the movie three times in all, went to the premiere on the 17th.

For many fans, the series lives close to their hearts.

“I saw my first Star Wars movie probably when I was about 10 or 11,” said Thompson. “I actually watched it with my dad. He had some of the movies and he just put them on because he thought I’d like them.”

Senior Mariah Babine, another fan of the movies, watched the series as a kid.

“I used to watch them with my dad when I was younger,” said Babine. “It was our thing.

“I kept watching because I really liked the story it told,” said Thompson. “I found it very fascinating, with the technology and all of that stuff.”

Senior Spencer Cantara liked the movie, but explains the difference in what he expected.

“It was really good – better than what I was expecting,” said Cantara. “Better than the prequels, for sure. It was just more practical effects and not just a CGI [computer generated imagery] blowout. It was a better story line too and better character development.”

This character development came with both original cast members and new ones, such as Daisy Ridley and Adam Driver. History teacher Ryan Minzy, who hasn’t yet seen the movie but is anxiously waiting, is excited about these new additions, but also holds some concerns over the casting.

“I heard quite a while ago [about the new movie] and I was extremely excited, especially when I heard J.J. Abrams was going to direct because he did such a good job with the Star Trek movies and other movies that I’ve seen him direct,” said Jacques. “When George Lucas first sold it, I was a little nervous that they would market the heck out of it, but at the same time now it’s everywhere, and I love Star Wars so I’m not complaining.”

Expectations remained high for the premiere for fans at BHS. With hype over the movie, BHS fans buzzed.

Disney bought the rights to the franchise, bringing another change to the history of Star Wars. Babine was skeptical about Disney buying the franchise, but remains overall happy with the movie.

“I was excited about it, but I was kind of hesitant at first because it’s Disney that now has the rights and everything, and I thought it would have been a little bit different,” said Babine.

“It was good for the new modern day movies, but I still like the older ones a little bit better because these ones seemed just a little more off to the side than what they usually were in the older ones.”

Cantara agrees, adding that he also likes the originals better, but still enjoyed the new movie.

“It was a bit more gritty,” said Cantara. “It had more realism to it, with actual blood. It’s definitely better than the prequels, but not better than the originals Star Wars, and then ‘Empire Strikes Back,’ but I think it’s better than ‘Return of the Jedi,’ which is the third original movie.”

Thompson disagrees. While still skeptical, Thompson was happy with how Disney handled the seriousness of Star Wars, as opposed to their usual pre-teen shows and movies.

“With Disney taking over, I was a little nervous at first because they were more focused on cartoon-type stuff,” said Thompson. “I wasn’t sure how they would do with actual actors and such like that, but seeing what they did with this movie, I am very curious to see what they will do with the next set of movies that they’re creating for the Star Wars trilogy.”

Jacques says that he was pleased with how Disney stayed true to the Star Wars roots.

“I think they [Disney] did a great job making it more like the original three movies from the 70’s and 80’s and less like the prequels from the late 90’s-early 2000’s,” said Jacques. “So I think they did well kind of staying true to what Star Wars should be about. So they’re a little cheesy, the acting can be a little hammy, but that’s part of it.”

For anyone going to see the movie, a word of advice: may the force be with you.