Students at Biddeford High School share their opinions on the results of the 2016 election. 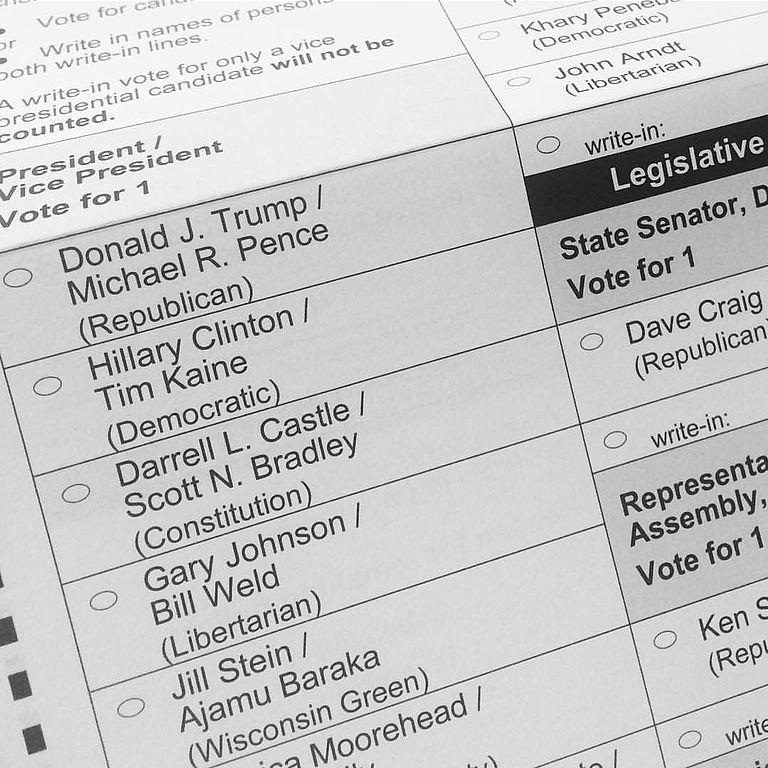 “I can’t even believe it right now. I feel devastated. My mom is scared, I am scared – I don’t know. It’s like, I can see my future is blank. I don’t know where to go or what to do with my life.”

For many students, the night of Tuesday the 8th left them feeling hopeless. Many couldn’t believe their ears as they heard the words: “The results are in. Donald Trump is President-elect.” Others, however, felt as though the win for Trump was well-deserved. With the population being so split on the election, it’s no surprise the students of Biddeford High School are, too. For sophomore Washima Fairoz, quoted above, the election meant more to her than the next four years – it meant determining the rest of her life.

“I went to sleep with Hillary in the lead,” said Fairoz. “When I woke up, the first sentence on my phone was, ‘I’ll be the president for every American citizen.’ – Donald Trump. That just hit me so hard, like, oh my God, what about the people that aren’t citizens yet?”

With Hillary’s loss still a fresh wound, Wednesday fast approached as the hallways filled with conversation of the previous night. Opinions varied between students, but one reaction was clear: shock. Senior Nick Scavuzzo describes the night as something he didn’t expect.

“A week before the election, on Coach Curit’s board, I wrote my predictions for the election,” said Scavuzzo. “I predicted Trump winning the popular vote and Clinton winning the electoral vote, because I just thought he wasn’t going to have a chance. I agree with more things he’s said than Clinton, but I just didn’t think he was going to win.”

While some students stayed up into the early hours of the night watching the election, others turned off the TV after they lost hope.

“As soon as he won Florida, I went to bed,” said Scavuzzo. “I said, ‘Wow, if he won Florida, this could actually be real.’ Wednesday morning I woke up and he was president [elect]. The news all said he had an 8% chance of winning and it was all just very unlikely.”

While this came as a pleasant surprise for Scavuzzo as he supported Trump throughout the campaign, others were heartbroken in shock of Tuesday night’s results. For sophomore Maggie Behen, the results just “didn’t make sense.”

“I was up until like, 4:30 a.m.,” said Behen. “I was sobbing when I found out. I just couldn’t believe it. I don’t know how it happened – how someone who has 35 years of experience in the political world vs. someone who has no political experience could still beat her.”

For many students, worry set in as the idea that Trump could be president became more and more real with every state. With Trump’s proposal to get rid of Planned Parenthood, ban Muslims from entering the U.S., and his pro-life advocacy, student minorities feared their future.

“I don’t have white skin, but I’m a human too,” said Fairoz. “I’m kind of surprised. I never expected the [population of] U.S. citizens to be that racist. They’re racist to elect Trump.”

However, some students, such as Scavuzzo, believe that while they may not agree with all of Trump’s values, Trump was the lesser of the two evils. Some even believe that, while Trump may be on trial for rape, this can be overlooked due to Hillary’s email scandal.

Behen refutes this idea, saying that even if you may not agree with what Trumps said, by voting for him you are supporting his values.

In the end, Scavuzzo believes that no matter who you voted for, respecting other’s political opinions is important.

“I follow politics, I’m really into politics, but I respect other people’s opinions, and you have to do that,” said Scavuzzo. “You have to understand where other people are coming from and that not everyone is going to have the same views as you.”