Students get their fix with Netflix

With this popular service, T.V. shows are now at people's fingertips. 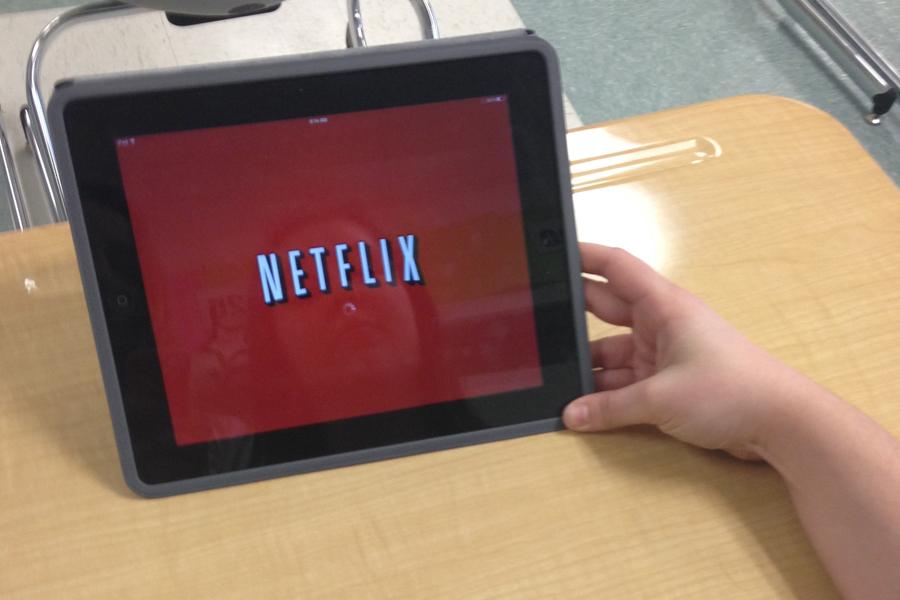 From Gossip Girl to Grey’s Anatomy, from Bones to Breaking Bad, Netflix feeds its viewers with a wide range of shows and movies with just the click of a button.

Netflix, a popular TV and movie streaming company that has been on the rise for the past few years, started out by simply mailing movies to customers. Now, it’s become a nationwide obsession. For only $7.99 a month, Netflix offers your choice of TV shows and movies by streaming through Xbox, Tablets, iPhones and more.

Shows most popular on Netflix, ones like Friday Night Lights, Orange Is the New Black, and House of Cards, are watched religiously by students from Biddeford. Junior Jillian Sheltra, a fan of One Tree Hill and How I Met Your Mother, talks about her love for Netflix.

“You can watch it on your own time – I used to have that recording thing you could do on cable, but I didn’t even need it any more once I got Netflix, because you can watch what you want when you want.” said Sheltra.

Netflix is especially useful to students without cable.

“With streaming online, the sites don’t always work, they’re so slow, and you have spend an hour just to find what you want to watch, but with Netflix, when I have an empty afternoon I can catch up on eight shows at once and just binge watch TV,” said junior Marissa Heffernan, who watches mostly Bones or Law and Order SVU.

Not only are students falling in love, but teachers have caught on to the Netflix addiction, too. English teacher Samantha Francis admits to her fair share of watching.

“I like to watch House of Cards, Orange Is the New Black, and most recently, Friday Night Lights,” Francis said. “With the lack of commercials, it’s continuous; it kind of transports you, it can become all time-consuming, and that can be wonderful and also a problem.”

The “problem” being that even though Netflix is a great escape, it can also turn into an obsession.

“I lose social life and sleep,” junior Evan Loignon said. “I’m like ‘Oh, God that was good,’ and keep watching, then 5 episodes go by, then I’m like ‘Just one more episode,’ then twelve episodes later, I’m like ‘I should probably go to bed, but the suns coming up so there’s no point now,’ and I keep watching.”

Some might even say the amount of time spent on Netflix is unhealthy, with students watching from two to ten average hours a week.

“I would say right now the most Netflix I watch, at my worst, is probably ten hours a week,” Francis admitted sheepishly.

While some are embarrassed by how much they watch, others take it in pride.

“On a week that I’m not into a show, I watch probably an hour and a half to two hours, but like when House of Cards came out, I watched thirteen hours in two days,” Loignon boasted. “I’m not ashamed.”

Netflix has become the easy alternative to TV, and with countless hours of binge-watching and commercial-free seasons, it’s hard not to fall in love with the endless possibilities.