A day in the life of an ELL student

An inside look on the growing ELL student population, their backstories, and how they've adjusted to life at BHS. 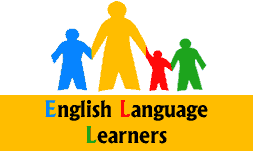 A transition to a new school may be scary for any high school student, however, for many ELL students, making new friends or finding the right class is the least of their worries.

For English Language Learning teacher Heidi Haufe, the past year has resulted in immense changes for her job and class size. With more and more families coming to the U.S. from foreign territories, the more in-demand ELL teachers have become in Biddeford.

“Last year was my first year here,” said Haufe. “When I started, I had maybe 20 students. I was the first full-time ELL teacher at the school. Before me, they had a half-time person who spent part of the day at the middle school, and then part of the day here. But then, the ELL population grew so much that they needed a full-time person in each school.”

Haufe’s classes have now accumulated to 45 students in the ELL program. This large of a class size keeps Haufe busy, to say the least. With only one full-time ELL teacher and 45 students all in need of help during class, after school, or in HAMMR time, Haufe can feel overwhelmed.

“A lot of them [ELL students], when they come here, they know very little English,” said Haufe. “So, it’s just trying to teach them very basic vocabulary and grammar and even just adjusting to the culture here. It’s very different for a lot of them. We do a lot of things where we try to help them be comfortable with students in other classes. A lot of them are kind of afraid of being with American students who speak English as their first language.”

This fear can result in exclusion of the ELL students within classes or everyday life of the school. With prejudice against Muslim-Americans making headline news in response to President Trump’s travel ban proposal, Haufe says it’s hard for the ELL students to understand that not all Americans feel this way.

“I think interacting with American students is a really hard thing, because a lot of them have one very specific view of how the American students perceive them,” said Haufe. “They don’t always think that they’re well accepted by other students. So, they’re really afraid to make friends with people who are Americans.”

Seniors and sisters Mayami Hashim and Malak Hashim agree that it can sometimes be hard to make friends with American students. Coming from Dhi Qar, a small governorate in Iraq, the sisters have been legal citizens of the United States since 2013, but still sometimes have a hard time adjusting to life at BHS.

“He [my father] went to Baghdad, the capital city, and he applied there [for a visa],” said Mayami. “They looked at our information, and they made sure that we haven’t [committed] a crime before, and that we haven’t gone to jail. They made sure that we’re not ISIS. We swore to God we’re coming to the U.S.A just for life – we didn’t do anything. We applied in 2012, but they put us on the waitlist until 2013. They let me and my brother come.”

However, only Mayami, her dad, and her three brothers were allowed to come to America, leaving her sister and her mom behind. The family waited until the fall of 2013, when they could all be allowed into the states. After staying a week in Jordan, the family came to the U.S. They lived in Portland for 10 months before moving to Biddeford.

“First we went to Deering High School, for like, one year,” said Mayami. “[Then] we came here. This school is so good, and Mrs. Haufe is perfect with us. She’s so nice. We have war and ISIS [in Iraq]. For example, the day we came to the U.S.A., we had a bomb so close to us. If we hadn’t left in seconds, maybe we could have been dead. But, God helped us, and we came.”

This constant state of living in fear is common for many Iraqi citizens, says Mayami. In Iraq, the girls were even scared to play outside, afraid that if they do, they may be kidnapped.

“In Iraq, some people steal the children,” said Malak. “The children go to school, or go to play outside, someone comes and steals the babies.”

“They tell them, ‘if you give us millions, or thousands, we give back your baby,’” added Mayami.

Even in Iraqi schools, the girls felt unsafe. These kidnappers have come to the school, trying to take the girls or boys from the school to hold for ransom. The girls have experienced shootings at their school, and there is little security to protect them. Even when the girls weren’t in immediate danger, teachers and staff would mistreat the students.

“They’re so dirty – the streets, the schools; we don’t have cleaners,” said Mayami. “We got to school 8-2. The teachers aren’t that good. They don’t teach us what we learn here. We stay in one class, and the teachers are always mean. They always slap us if we don’t answer the question or say ‘I don’t know the answer.’ They’d slap us, or say ‘go to the office,’ or, ‘go stand next to the trash.’”

Outside of school, the Hashims explain that their home was cramped and crowded, with their family of eight living in a two or three bedroom house.

“We lived with my parents and brothers,” said Mayami. “Nobody could leave the house. Here, if you have six people, you have to stay in, like, three rooms. In Iraq – no. If you have 12 [people], they don’t care – just stay home. We have two rooms. And the government doesn’t care about us. Here, they give us Medicare or stuff to help us. In Iraq, they don’t care if we have jobs or if we don’t.”

The girls weren’t promised a future in Iraq, besides as a housewife – cooking, cleaning, and taking care of children.

“In Iraq, the girls in fourth grade or less don’t have a future,” said Mayami. “[They] stay home, and when they’re grown and married, they can’t read or write. If we go to Iraq, we have to stay home. We just clean and cook.”

Unfortunately, these same experiences pertain to many ELL students, according to Haufe. While most students are from Iraq, some are also from Jordan, Guatemala, or the Congo. Most are also refugees.

“Most of them are here because there country was not safe,” said Haufe. “I don’t think the average person knows all the things that these students have experienced before they came here. A lot of them went to multiple other countries before they came to the U.S. Some of them were in refugee camps for a long time, which were not nice places for them to be. They went without a lot of necessities. So, it’s amazing that the students that we have here are as happy as they are. You wouldn’t imagine that they’ve been through a lot of the things that they have been.”

Even after coming to the U.S., many of these students still live in fear of being deported or not being able to see their families in their hometowns.

“A lot of them are afraid about being able to stay here,” said Haufe. “They have differing levels of paperwork in this country, so some of them feel very confident; they have a green card or they’re a citizen, or their parents are citizens, so they’re not really worried. Others are very afraid because they’re still in that waiting process, so they don’t know what that means for them.”

Junior Maryam Gassab and her sister, freshman Sarah Gassab, fear being deported and having to return to their lives back in Iraq.

“We’re scared,” added Maryam. “If I go back to Iraq, what would I do? I don’t have a future, and my dad has to go back to school.”

Along with this fear, the students often have to cope with fear of Americans and the prejudice that they sometimes experience in America.

“The students will do different journal entries and things, and sometimes they will write about how they’re feeling,” said Haufe. “Around the election, there were a lot of questions about what would happen if the election played out in different ways. Sometimes students will comment on other students laughing at them, or kind of bullying them. I’ve had a student complain about being pushed a few times by another student.”

Mayami recalls being referred to as “ISIS” by strangers while in America. While these comments bother her, she understands that some Americans are simply uneducated about her religion and culture.

Towards the election, some student I knew, I don’t have class with them, but I was just walking and for some reason they said, ‘Oh, a Muslim!’” said Mayami. “They just laughed and I don’t know why. [Another time], I was walking the hall, and a girl pushed me and she said ‘Muslim!’ I don’t go to the office to talk to them because I don’t care. I know they need time to understand. They don’t know about us.

However, Biddeford has taken a step in the right direction in hopes of eliminating this discrimination. In February, mayor Alan Casavant sent out a letter to the Biddeford Courier as a reminder that Biddeford should be continuously embracing this diversity. Casavant was pleased to only hear positive feedback about the letter.

“Not a word [of negative feedback],” said Casavant. “Nothing. Again, the message was that stereotyping was bad. To stereotype an entire group based on what might happen by one member of their group is just not acceptable. Individuals from various countries increase our diversity, but at the same time, they bring something with them that’s advantageous as a community.”

Being that Casavant was once a social studies teacher, he understands this pattern of discrimination that often happens in America. He recalls a time when the Franco-Americans weren’t accepted in Biddeford, but now fit right in.

“I taught American studies, and in doing that we would do a theme-based course curriculum, and one of the themes was immigration,” said Casavant. “Often times we would sub-divide the class into various ethnic groups, and one of the ones was always Franco-American. There were obviously some similarities to what we’re seeing today, in terms of how the Francos were treated.”

Casavant contradicts the beliefs of governor Paul LePage, who in the past year has been criticized for his support of the Muslim ban and his efforts to keep refugees from entering Maine.

“When Angus King was governor, I remember him saying that the only way Maine can improve its workforce is through immigration because of our declining population,” said Casavant. “Here we are in 2017 and we still have that same particular issue, and yet, we’re looking at people from away and saying, ‘Oh no, we don’t want you here.’ At least, that’s what the governor is suggesting.”

Mayami, along with many of the ELL students, only wish to be accepted, and to break barriers as to how many Americans view Muslims. Mayami hopes that soon, this stereotype will be broken.

“If we’re ISIS, why would we come here?” said Mayami. “We ran away from the war, so, we came here just to make war? No. Some friends in different classes are nice to me. They talk to me like any girl. But, some people try to make me out to be different. I don’t know why – I go to class and do my work.”