A U.S. Army truck equipped with a firing range simulator tool a visit to the parking lot in hopes to spread information and garner interest in what the U.S. Army has to offer. 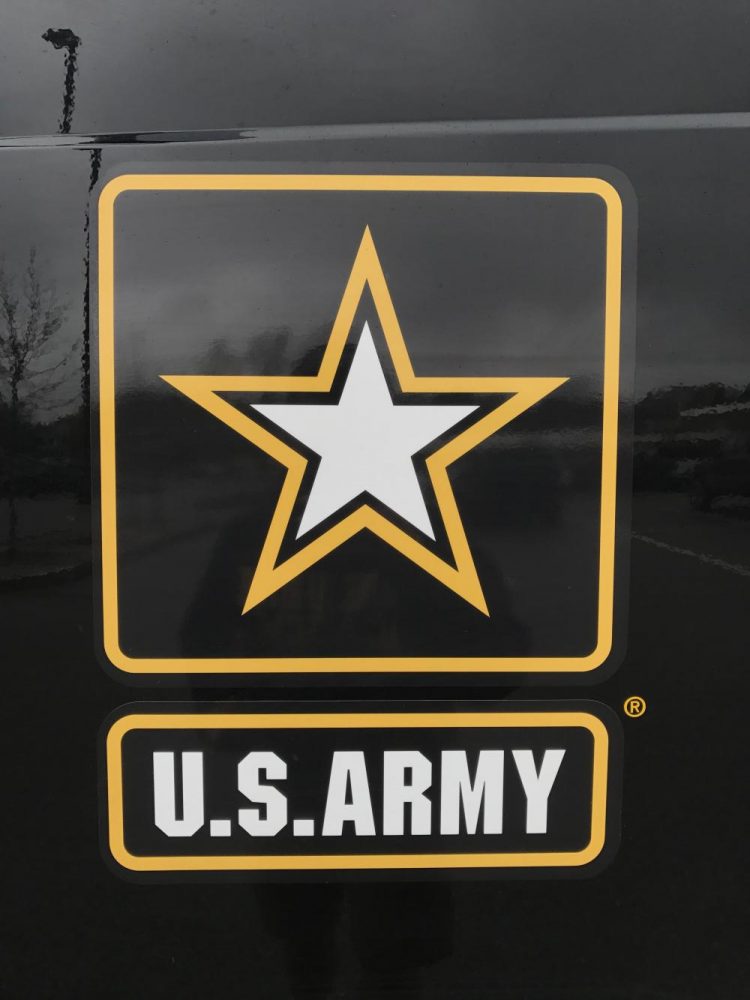 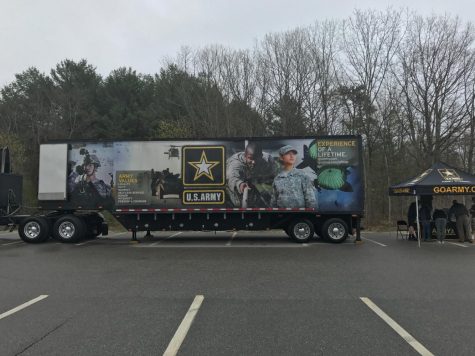 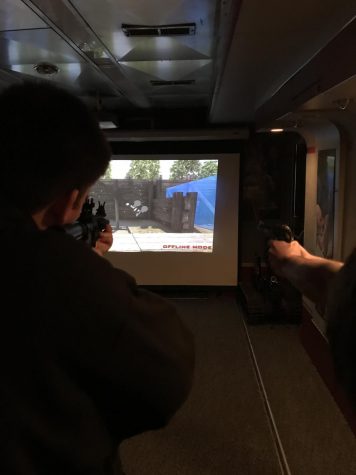 Sitting in the rear of the parking lot, the groan of the generator powering the large Army simulator can be subtly heard from the main entrance to the school.

Arriving early Monday morning on the first of May, an Army tractor trailer truck housing a firing range simulator positions itself in the rear portion of the student parking lot at Biddeford High school. Accompanying the truck is a handful of Army recruiters. Their goal in bringing the truck is to attract interest in the U.S. Army. Some of the recruiters, such as U.S. Army recruiter Jed Philpot, come from the U.S. Army Saco Recruiting Center.

“The ultimate goal of this truck is basically to show people what the Army has to offer and some of the technology that we use,” said Philpot. ¨This is just a firearms simulator, but we have over sixteen of these trucks. They vary from medical to STEM (Science, Technology, Engineering, Math) and it’s just showing the capabilities the Army has, and that it’s not just a fighting force, but that we’re a technical force as well.”

“This truck comes out of Fort Knox Kentucky and it travels around all over the country,” said Philpot. ¨From November to February they’re shut down and they don’t go to any schools at all. The trucks are not just limited to visiting schools, they also go to NHRA events, county fairs and stuff like that to try and garner interest in the army.”

Despite having a certain time frame to visit schools, the Army gets the most out of the time they do have. For the army, schools are the optimal place to talk to young adults and possible recruits.

“The Army tries to primarily use them at schools because it allows them to showcase what the army has,” said Philpot. ¨This particular truck is usually at schools two weeks out of the month.”

For a majority of schools, the trucks don’t regularly come on an annual basis. This, however, isn’t the case for Biddeford High School.

“So I’ve been stationed here for three years, and in the three years I’ve been here, we’ve had these particular trucks every single year,” said Philpot. “This year we were fortunate enough to have it in the fall and spring, so we were able to showcase it in the community twice this year.”

Visiting the school twice a year doesn’t necessarily give the Army more of a chance to recruit. In the eyes of the army, it’s a chance to educate.

“All it [the simulation truck] does is kind of give them an opportunity to approach us,” said Philpot. “For a lot of people the uniform can kind of turn people away sometimes. These assets and these type events make it more approachable for everyone. It’s not about us saying ‘hey we’re here to put you in the Army’  rather that we’re here to show you what the Army has to offer.”

Junior Luke Ringuette saw the massive truck and ventured out to see what it  was all about. After participating in the simulator, Ringuette found the truck to be very fascinating and intriguing.

“I thought it was pretty awesome,” said Ringuette. “They had me try out the shooting simulation, and I only missed twice which I thought was pretty cool. I think it’s pretty cool how they bring trucks like that around.”

Taking time out of the day to actually show and expose students to part of what the U.S. Army entails impressed Ringuette.

“I think it’s a pretty helpful tool,” said Ringuette. “It’s one of those cool things you can go and do in between classes or even during a class. It definitely creates a more interesting approach for the Army.”

The trucks are not the only means the army has of being more easily approachable. Members of the U.S. Army partake in a lot of volunteer work as well. Some volunteering as coaches or facilitators of school clubs and activities.

“Some of our recruiters volunteer for sports teams and are actually coaches,” said Philpot. “We don’t treat those as recruiting events because that’s not what it is. It’s there for community support, and that’s what the Army puts us out here for is to interact with the community. My philosophy on it is that if we come across somebody that wants to join the army, great, if not,atleast we’re providing something back to the community that supports us.”

This commitment to not only defending America, but to supporting the communities and people of America is part of what makes the U.S. Army so special. Instead of just being a brutal fighting force, the U.S. Army is a force of good. A force that also sends interactive tractor trailer trucks. Keep your eyes peeled, a truck may be coming to a location near you!