Biddeford High School starts a new tradition by using the popular "promposal" trend as a contest for students. 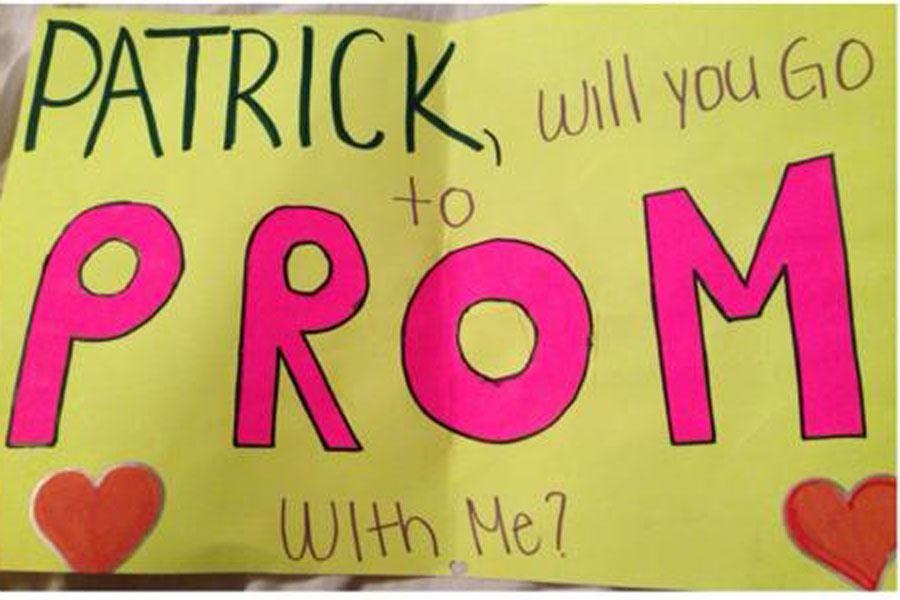 Deidra Doyon and Patrick Michauds "promposal" on the Today Show

Prom is not only a fun and unique way to end high school with a bang, but also a long standing tradition–one that just recently changed its game.

“Promposals” are a nation-wide trend that have recently taken over BHS. Schools and states from all around the country have been doing promposals for years. States in the south, like Texas, made promposals a tradition that have spread to the rest of the country. In order to be a part of the promposal bandwagon, high school students everywhere are thinking of creative and out–of–the–box ways to ask their significant other to prom, and afterwards sharing it; using Twitter, Instagram, or in this case, their school. As a new way to get more kids involved in prom, Biddeford High School held its first ever promposal contest this prom season–the prize being two free tickets.

“My class officers mentioned that they knew other schools were doing it, and we had a meeting with them and decided as a group as we wanted to proceed with it,” junior class advisor, Jayne Sheltra said.

Vice president of the junior class Connor Bouffard explains how they picked the winner of the promposal.

“We had a morning meeting with the president, vice president, secretary, treasurer, and all of the representatives that could make it,” said Bouffard. “We looked at all of the videos and pictures and had a big vote.”

The winners of the contest, sophomore Patrick Michaud and senior Deidra Doyon, were the most popular vote with their elaborate and extravagant promposal.

“We were in New York going on the Today’s Show, and she (Deidra) brought two signs: one saying she was from Maine, and the other I couldn’t see, but she told me it was to say ‘hi’ to her dad,” said Michaud. “When the camera rolled around she held up her sign…I could see it was different on TV, then she turned it to me and asked if I wanted to go to prom.”

Doyon said his reaction was surprising..

“His face was in total shock,” said Doyon. “He literally had his mouth open for like, a minute straight.”

Michaud said he didn’t know exactly how the promposal was going to happen.

“Everyone told me it was going to be public, so I thought it might be in a crowd or something while we were in New York City,” explained Michaud. “She surprised me with something so much better.”

Other promposals were just as original. Senior Emma Eccleston’s boyfriend/senior Jake Gagne shocked her with a promposal over Minecraft.

“We would watch these people on YouTube, ‘Roosterteeth,’ and they would do weekly ‘let’s plays’ on Minecraft and we would start playing it,” said Eccleston. “I had no idea when it was happening…it was utter shock, it was so cute.”

Most promposals were simple, yet sweet, such as junior Abbie Paquette’s favorite, sent in by anonymous.

“It had little buffalo wings and it was like:  ‘I’m just going to wing it and hope you go to prom with me,’” said Paquette “I liked it because I thought it was funny, and I like food.”

While this year’s promposals were a success, Sheltra said there was only one thing she would change.

“The only thing that I felt bad about was we should have had them up on the TV’s for everyone to see,” said Sheltra. “I think in the future that would be something I would like to see done.”

As for the future, Bouffard said he would like to see the contest continue.

“I think its a good idea, hint hint at the sophomore class.”