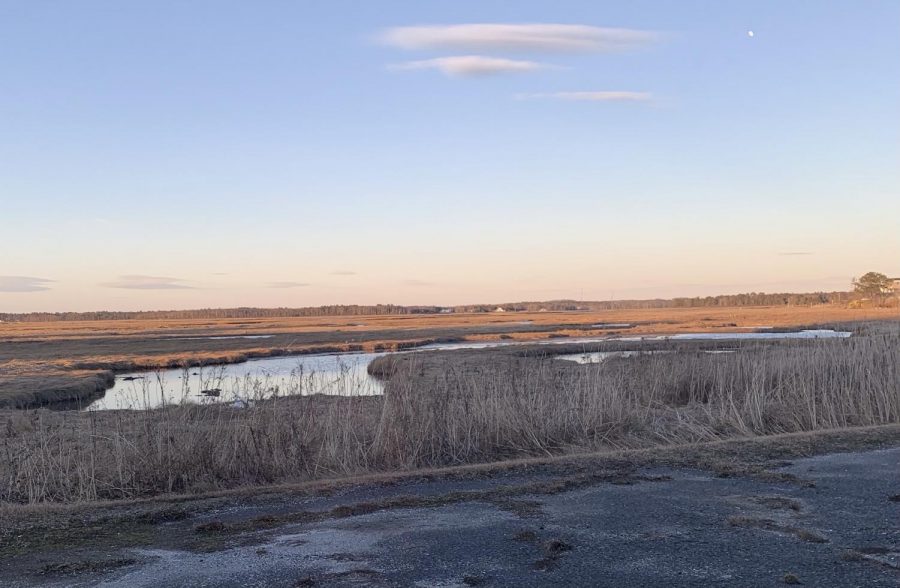 Just about anybody would say that the night sky is a beautiful thing, at least visually, but not nearly as many people wonder about all of the stars’ stories, and all of the possibilities of space. If you’re like me, and find yourself dazed from the amazement of space, you may have also wondered about the possibility that we are not alone. Now, for most people, the thought of so-called extraterrestrials would instantly make its way to their mental filing cabinet under the letters B and S without any further consideration or analysis. In our contemporary world, there is an unfair bias against the discussion of extraterrestrial life, even amongst all the reports the government is putting out. The world is becoming more and more aware of space and what it is, but we still have an unimaginable amount that we don’t know, so why don’t we consider every possible circumstance, and stop acting like experts on a topic that we really don’t know anything about. While you read the following article, I ask that you find an empty room in your mind, decorate it with all of the information, drain yourself of any prejudice, and then form your opinion surrounding the topic. Please, proceed with a mindset void of any stigma or prejudice.

Starting with perhaps the most convincing information leaning towards extraterrestrials being a thing of reality, the officially released UFO videos from the Pentagon. Yes, you read that correctly. The report passed under the radar for most Americans, but it is still accessible for you to read about the videos, and you can even watch them yourself if you want. The videos show what appears to be a long and flat aircraft performing seemingly impossible aerial maneuvers, such as extremely fast acceleration and deceleration, rolls, and turns. According to our knowledge of physics and physical science, nothing that aircraft was doing should be possible, but the craft was able to do them without any observable consequences. To our knowledge, if a human were to do what was shown in the video, they would die from all of the pressure and force they would experience while performing those maneuvers. The Pentagon even admitted to once having an active task force whose primary objective was to investigate the findings and determine what they were seeing. This isn’t the only time the government has admitted to investigating these so called outrageous theories. Back in 1942, the Air Force kicked off the beginning of their secret program ‘Project BLUE BOOK’. The goal of the program was to investigate more sightings of the UFO’s. If in 1942 we were investigating these findings, then by now we must have some idea of what is going on, right? Yes, at least I believe. The government has stated that they will release an undisclosed version of their information on this topic by June 25, 2021. This announcement will probably not be a complete confirmation of the existence of extraterrestrial life, but it will definitely clear up some of the gray areas of the subject. Still, the USA has a history of missing the deadline for release, so it could take some more time, but for now we can establish that the world’s perception of reality could change, and stigmas could shift. It seems like the government has a lot more information about this topic that we don’t know about. You probably heard about the immensely popular “RAID AREA 51” Facebook post turned meme. I’d be willing to bet that most of the participants wanted to know about that information. Raiding Area 51 is one of the worst decisions a person can make, but what if I told you that there was a real motive behind the ignorant event.

If you’re looking to find out what the government is hiding, Area 51 might be where to find it, well not exactly AT Area 51, but just outside of it, at least according to Scientist and former S-4 employee Bob, or Robert Lazar. Bob Lazar was a scientist who worked at Los Alamos National Lab, and was also hired by the U.S Government to work at a base just outside of Area 51 called S-4. Lazar was told to keep quiet about the contents of S-4, but instead revealed the inner workings of it to the public. If what Lazar said is true, then the U.S Government has its hands on some of the UFO’s they’ve been investigating, and are trying to figure out how they work. Lazar was brought in by the U.S Intelligence Agency and was told to observe the crafts and try to figure out how they work. According to Lazar, the crew managed to figure out that the crafts used an element that doesn’t occur naturally on earth called Moscovium, or element 115, to manipulate the pull of gravity. Back when Lazar first announced this, the element did not exist on the periodic table, and the public immediately deemed him a liar, but later on in 2003, it was discovered that 115 was a real element, and was officially put on the periodic table. As you could imagine, this put Lazar back into credibility, and more and more of his claims were being proven to be true, like the government having a hold of these crafts. To quote the government, they have retrieved “off-world vehicles not made on this earth”, with the off-world part likely hinting at the synthetic element. With those words, Lazar’s otherworldly claim became hard to deny, and prove Lazar to be more honest than people initially thought. Speaking of honesty, Lazar even opted to do a polygraph test, which is a test that determines if you are lying or not, and the results had indicated that Lazar had shown absolutely no signs of deceptive behavior. Lazar also was invited to go on the ‘Joe Rogan Experience’ podcast, which has a history of credible guests featured on it. There are many more claims from Lazar that prove to be true, but the ones I have listed are the most important of them, at least for now. If you wish to learn about Lazar’s incredible story, I recommend you to watch the Netflix documentary about him, but you could also research him by yourself.

The public refuses to believe that we are not alone in space, even though most scientists agree that there is life somewhere, and even with the government blatantly admitting to having off-world vehicles. This fixed mindset may be why the government has taken so long to release these findings, as to prevent mass hysteria, and panic. The more we calmly consider the possibility of extraterrestrials, the more we progress as a society. I encourage you to open your eyes to this new reality, and prepare yourself for the government’s words on this matter. Do not face these findings with fear, but rather with curiosity.