No Time To Die 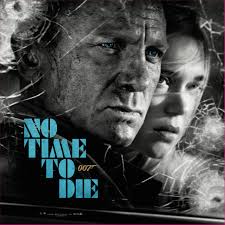 Event cinema has become more and more common today to the point that almost every movie is made to be this huge thing that you cannot miss when there are 8 more in the pipeline for this year alone. That is what the movies have always done. They follow trends that work well in other movies, Bond itself as a franchise is known for doing this. So after the Avengers double feature setting new world records at the box office every franchise is looking for the next “biggest movie ever”. With every movie studio trying to make the next big hit you wouldn’t be blamed for assuming that’s what would become of No Time To Die but no, the grand finale of Daniel Craig’s 15 year saga sticks the landing with not only one of the best of Craig’s tenure but one of the best Bond films ever made.

The Bond series has had many ups and downs over the years and films, after 2015’s spectre falling flat with most audiences people didn’t think they would see Bond again for a long while or Craig in the role ever again. Neither did Craig since at the beginning of Spectre he made it known that it would be his last film playing the part. Ever since his debut in the role in 2006’s Casino Royale Craig made it his goal to make these films the best they possibly could be, and he did bringing Casino Royale, it’s sequel Quantum of Solace, and Skyfall to a range of critical acclaim. But it’s all in how you stick the landing, when Spectre received criticism for its writing, its action, and Craig’s performance. Despite his best efforts he had let his feelings about the franchise bleed into his performance and the film suffered even more for it.

With the outright negative reception that his planned finally got Daniel Craig decided to strap on the tux and order a shaken not stirred martini one last time (for real this time). No time to die remembers the core elements that bring people to big blockbuster movies without sacrificing the story that was being told over the previous 4 films. It wisely moves past the events of spectre not lingering on them but it doesn’t ignore them, it uses spectre as a jumping off point for the film to tell it’s own story and down it’s own things.

No time to die though isn’t completely unique. Films recently have been stuck in the trend of using fictitious technology to drive its main plot, this pulls the viewer out of the movie simply because of how many times they have seen it before despite its absence in the real world. No time to die falls victim to this trend, a shame when the rest of the film is so engrossing in it’s writing and atmosphere.

The movie also misses out with its main villain. This last era of the franchise has attracted some of the most talented working actors to play parts in the series and Rami Malec continues this trend as this film’s antagonist. He does a good job of being menacing but it’s distracting the age gap between him and Craig as Bond when the two are treated to be close in age if Malec isn’t supposed to be older. The villain has a compelling vampire or Dracula like aesthetic but beyond that no work is done to make his character compelling.

With this era of Bond over and audiences awaiting the next, all there is for fans to do is speculate where the series will go when it reinvents itself again. Will the series try to go gritty again or go back to silly gadgets? Will Bond forever be an immortal young man no matter the decade or century, or will the series go back to the 50s and 60s? These days anything can be done. The best thing they can do though, is something different.